Ranjana Kaul reviews My Other Half, Krishna Paul (Conversations with Chandana Dutta), along with Joginder Paul (Monograph/MAKERS OF INDIAN LITERATURE SERIES) by Chandana Dutta and Abu Zahir Rabbani in The Beacon.

While the monograph provides a detailed and informative look at the works, themes and varied literary concerns animating Paul’s fiction, it is Chandana Dutta’s narrative recreation of conversations with Krishna Paul, My Other Half, which goes beyond a normative engagement with the writer’s oeuvre to provide an unexpectedly intimate and engaging glimpse into his life and work. It is written from the unique point of view of someone who shared the writer’s life, as a supportive but critically aware individual who did not always agree with the author’s literary and life choices.

These 65 poems in The Wild Weed have been edited and translated from the original Punjabi by Arvinder Kaur with such skill, emotive intimacy and poetic empathy that reincarnating into the form of the target language, they hardly read like translations. There is no fuzziness, no uncertainty, no brittleness or lack of lustre. As soon as one is touched by the book’s gracefulness, the knowledge that these verses were reborn in another language is conveniently and completely forgotten. The reader swims through the collection with complete confidence and fulfilment, grateful that no meaning has been lost. 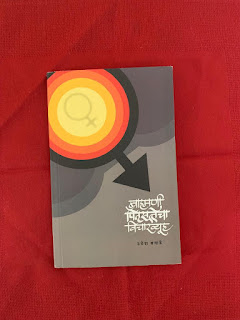 The book this week recommended by Dibyajyoti Sarma is Umesh Bagade’s Brahmani Pitrusattecha Vicharvyuh, a treaty on the Brahminical patriarchy

The book this week recommended by Dibyajyoti Sarma is Nabarun Bhattacharya’s Herbert, translated from the Bengali by Sunandini Banerjee 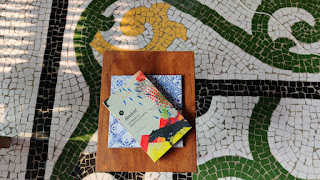 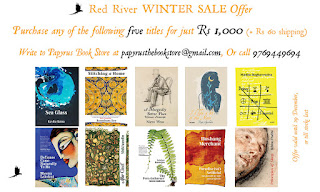 Offer valid until 29 December 2021, or till stocks last

2 Stitching a Home by Basudhara Roy

4. I'd Like a Bit of the Moon by Rati Agnihotri

5. Being Non-Essential by Madhu Raghavendra

6. Defiance Came Naturally To Me by Sheena Lakshmi

8. The Fern-Gatherer's Association by Sekhar Banerjee

10. Principle of Sleep by Bibhu Padhi

This week, Dibyajyoti Sarma recommends the eclectic writings of Alberto Manguel, the Argentine-Canadian anthologist, translator, essayist, novelist, editor, and a former Director of the National Library of Argentina.

He is the author of numerous non-fiction books such as The Dictionary of Imaginary Places (co-written with Gianni Guadalupi in 1980), A History of Reading (1996), The Library at Night (2007) and Homer's Iliad and Odyssey: A Biography (2008); and novels such as News From a Foreign Country Came (1991). Though almost all of Manguel's books were written in English, two of his novels (El regreso and Todos los hombres son mentirosos) were written in Spanish, and El regreso has not yet been published in English.

Nabanita Sengupta in conversation with Sekhar Banerjee, the author of THE FERN-GATHERER'S ASSOCIATION in Saaranga Magazine.

Now there is a craze for ‘ecopoetics’. But poetry is and always will remain dependent on our ecosystem and our immediate environment as long as we are organic beings and not straight-jacketed into some economy driven philosophy of life.  Light posts might have replaced trees and multistoried buildings might have replaced the singular home and metaphors and similes might have changed accordingly, but our raw emotions as human beings remain the same in all places alike. That’s why poetry is universal. 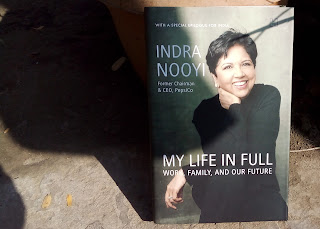 The book this week recommended by Dibyajyoti Sarma is Indra Nooyi’s My Life in Full: Work Family and Our Future

Vedamini Vikram reviews WITNESS: The Red River Book of the Poetry of Dissent, edited by Nabina Das in the November issues of Teesta Review: A Journal of Poetry.

“The poems cover several takes on dissent, such as, empathy and sisterhood against ideas of animosity between women; limitations of poetry; questioning writing as well as hegemony of writers; freely expressing violent anger as opposed to a muffled and censored response; redefining limits of poetry as a form by fusing art into it (as seen in Maaz Bin Bilal’s poem in which the words beautifully take on the shape of a mosque); and using swear words, graphic imagery and sexual tropes as opposed to seeing language as a pristine arena. The cover of the book itself is in perfect harmony with the content inside. The front cover displays a freckled, big red dot, representing a scattered whole. The back cover consists of 250 words that capture the variety of definitions of dissent that the book has to offer. 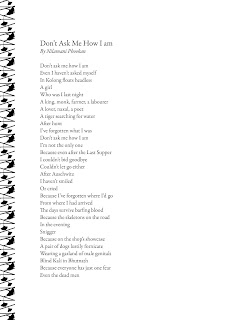 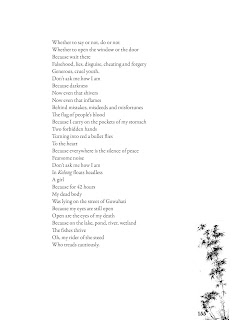 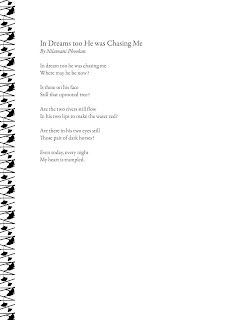 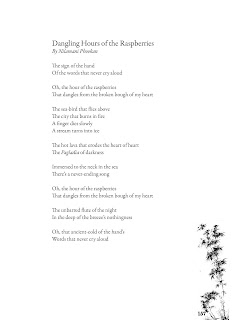 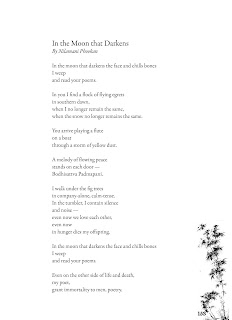 Excited to receive the news that Nilamani Phookan has been chosen for the 56th Jnanpith Award — a Jnanpith for Assamese poetry! Imagine. And about time too. And after 20 long years since Mamoni Raisom Goswami won the second Jnanpith for Assamese literature in 2000 (the first was Birendra Kumar Bhattacharya in 1979).

To celebrate the achievement, here’s four poems by Nilamani Phookan that I translated a long time ago.

Considered to be the foremost modernist poet in modern Assamese poetry, the hallmark of Nilamani Phookan’s poetry is condensed themes expressed in economy of words. His collection of poems Golapi Jamur Lagna (Hour of the Raspberries) is considered to be a milestone which inspired a generation of poets. The density of theme makes it almost impossible to translate and paraphrase his poetry. He received the Sahitya Akademi awards in 1982 and Padmashree in 1990. His other volumes of poetry include Surya Heno Nami Ahe Ei Nadiyedi (The sun is said to descend by this river, 1963), Nirjanatar Sabda (Words of Solitude, 1965), Phuli Thaka Suryamukhi Phultor Pine (Towards the Blooming Sunflower, 1971), Nrityarata Prithibi (Dancing Earth, 1985), and Kabita (Poems, 2001). He has also translated into Assamese a collection of Japanese poetry, and also the poems of Spanish poet Federico Garcia Lorca. He worked as a teacher of history in a college in Guwahati.

In the Moon that Darkens

In the moon that darkens the face and chills bones

and read your poems.

In you I find a flock of flying egrets

when I no longer remain the same,

when the snow no longer remains the same.

You arrive playing a flute

through a storm of yellow dust.

A melody of flowing peace

stands on each door —

I walk under the fig trees

In the tumbler, I contain silence

even now we love each other,

in hunger dies my offspring.

In the moon that darkens the face and chills bones

and read your poems.

Even on the other side of life and death,

Don’t Ask Me How I am

Even I haven’t asked myself

Who was I last night

A king, monk, farmer, a labourer

A lover, naxal, a poet

A tiger searching for water

I’ve forgotten what I was

I’m not the only one

Because even after the Last Supper

Because I’ve forgotten where I’d go

From where I had arrived

Because the skeletons on the road

Because on the shop’s showcase

A pair of dogs lustily fornicate

Wearing a garland of male genitals

Because everyone has just one fear

Even the dead men

Whether to say or not, do or not

Whether to open the window or the door

Now even that shivers

Now even that inflames

Behind mistakes, misdeeds and misfortunes

The flag of people’s blood

Because I carry on the pockets of my stomach

Turning into red a bullet flies

Because everywhere is the silence of peace

Was lying on the street of Guwahati

Because my eyes are still open

Open are the eyes of my death

Because on the lake, pond, river, wetland

Oh, my rider of the steed

In Dreams too He was Chasing Me

In dream too he was chasing me

Where may he be now?

Is there on his face

Are the two rivers still flow

In his two lips to make the water red?

Are there in his two eyes still

Those pair of dark horses?

Even today, every night

My heart is trampled.

Dangling Hours of the Raspberries

Of the words that never cry aloud

Oh, the hour of the raspberries

That dangles from the broken bough of my heart

The sea-bird that flies above

The city that burns in fire

A stream turns into ice

The hot lava that erodes the heart of heart

Immersed to the neck in the sea

Oh, the hour of the raspberries

That dangles from the broken bough of my heart

The unbarred flute of the night

In the deep of the breeze’s nothingness

Oh, that ancient-cold of the hand’s 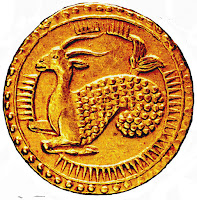